An overview of main app performance KPIs, a video of the test session and detailed graphs of each KPI

Written by Apptim
Updated over a week ago

The Summary is the most important section of Apptim reports which contains data on each performance KPI measured by Apptim. The most relevant KPIs are shown on the top, including Average CPU Usage, Average Memory Usage and Average Power Usage, Maximum Data Downloaded and Data Uploaded and any Errors/Exceptions captured during the test session. 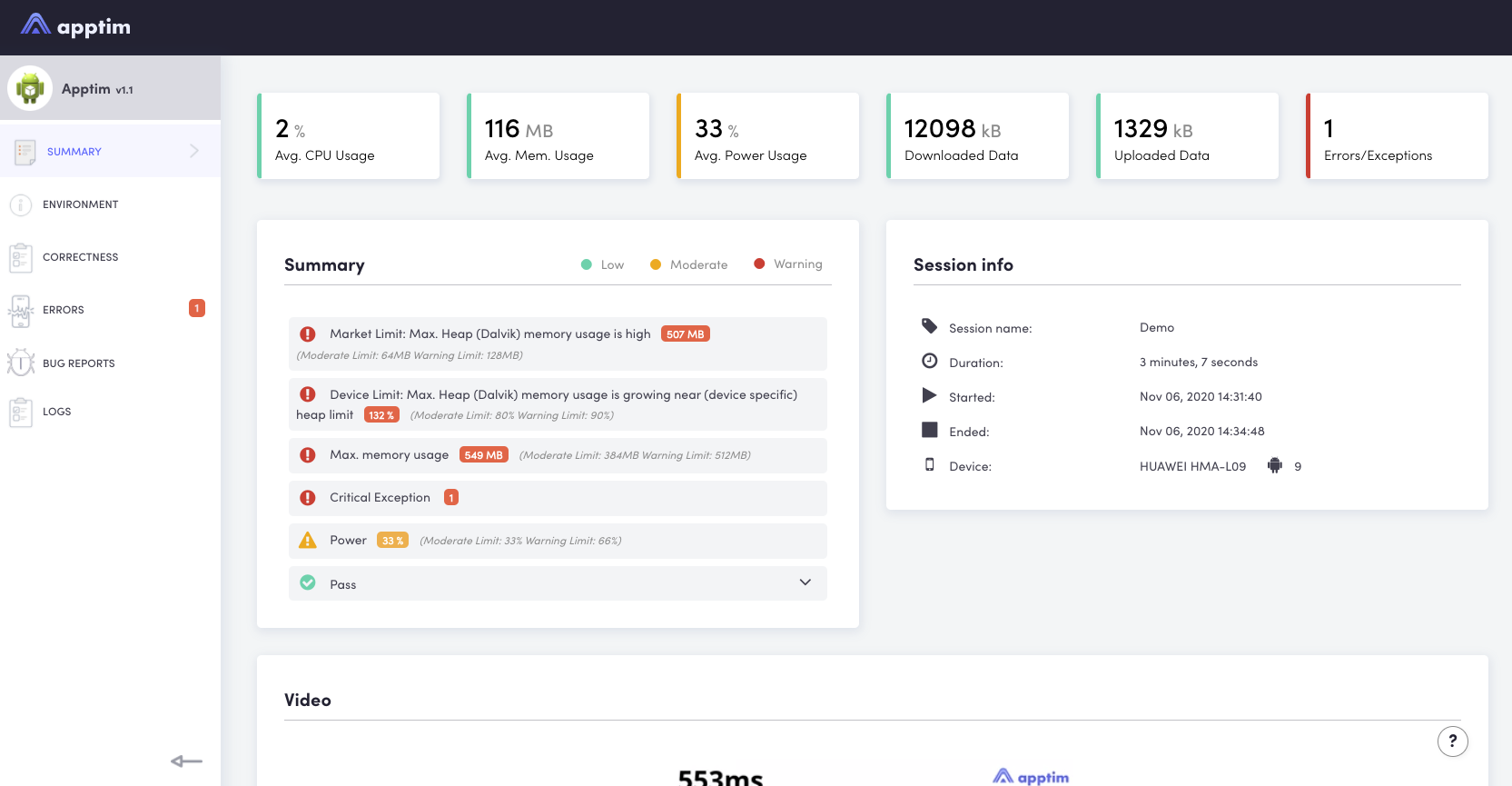 The Summary table contains a list of each metric evaluated against default thresholds set by Apptim, which are based on Google’s best practices (Android) and Apple’s best practices (iOS), along with other market benchmarks that consider device fragmentation.

How to use these thresholds/limits

When a Warning Limit has been reached in some metric listed here and it seems a bit high, the user can then click on the specific graph related to that metric or navigate to it in the left panel to understand:

Also, it is important to cross-reference the information with device-specific behavior shown inside the "Environment” section.

The Session info contains details about the test session including the Test name, duration, start and end time of the tests, and the device used (model, OS).

When scrolling down, users will find the recorded Test Session Video and performance KPI graphs for CPU, Memory, Threads, Network, Render and Power Usage, and a table with Database top SQLs times.

This video is generated at the end of the test session and it is accelerated for easier navigation. The real timestamp during the test is shown on the top left side of the video.

Besides the summary, the report contains a navigation panel on the left with the following content:

* Available for Android only

Did this answer your question?